Wayne Madsen’s New Hampshire Predictions: More Of Marco Rubio’s Past Will Come Out To Haunt Him

SPECIAL REPORT. “Porndormgate” — Rubio panders to evangelicals in Iowa while gay prostitution scandal from his past blows wide open

While GOP presidential candidate Marco Rubio was pandering for votes among Iowa’s evangelicals, The Washington Post ran a peculiar story about Rubio’s arrest in a Miami park in 1990. The Rubio campaign responded to the Post piece with a tongue-in-cheek explanation of Rubio’s “crime spree,” casting the arrest off as a case of youthful indiscretion.

The Post’s article, “Rubio’s summer of ’90: An arrest, then newfound purpose,” painted a picture of a purposeless Cuban teen who, after doing poorly at his first year at Tarkeo College in Missouri, returned to Miami where he hooked up with his close high school friend, Angel Barrios with whom he shared an apartment after graduating from South Miami High School.

On May 23, 1990, during Rubio’s summer break in Miami, he and Barrios were cited by the police for drinking beer in a parked car in Alice C. Wainwright Park after closing hours. The park, which had a dubious reputation for night time activities, lies along Biscayne Bay.

Rubio declined to be interviewed by the Post about the 1990 arrest. However, his campaign spokesman expressed outrage that the paper would have found the incident newsworthy. The Rubio campaign then followed up on the article with a sarcastic video about Rubio’s “crime spree.” A simple rejection of the Post’s article would have been sufficient but the Rubio campaign when into a major production effort to fend off the gist of the article. Clearly, a major damage control operation was underway for Team Rubio.

Although Rubio and Barrios were drinking beer, violating Florida’s and Dade County’s age law on possession of alcohol and open container statutes, alcohol was never mentioned in the police incident report, an indication that there was some plea bargaining and resulting record expunction at play. Barrios told the Post that he could not remember if he and Rubio were handcuffed and taken to jail. In any case, there are no records of mug shots being taken of the two teen offenders. Rubio’s arrest record has been destroyed along with the court case record. Barrios also told the Post that they were given a “PTA” by the police, which is a “promise to appear” in court but added, in what appears to be a case of “selective amnesia” that he did not think he and Rubio ever even went to court. In July 1990, the charges against Rubio, Barrios, and a third unidentified teen were dismissed.

When Rubio was arrested, his family had some recent experience with hiring criminal lawyers. In 1989, Rubio’s brother-in-law, Orlando Cicilia, was arrested for his involvement in a major cocaine smuggling operation.

Barrios told the Post that he and Rubio were just trying to pick up some “pretty girls” when they were arrested. The only problem with that story was the park where the two were arrested was known as a pick up place for male and female prostitutes. Serving as a magnet for the wealthy condominium dwellers along Brickell Avenue, where, incidentally Jeb Bush maintained his businesses that were linked to Nicaraguan contra arms and drug smuggling, Wainwright Park was a one-stop shopping open-air market for gay and straight sex as well as drugs, especially cocaine, which was the preferred drug of that era among the elite class of Miami and Miami Beach.

Rubio admitted that he did not have much money after he left college in Missouri and moved back to Miami.

Rubio eventually enrolled at Santa Fe Community College in Gainesville, a sort of prep school for the University of Florida. Rubio and Barrios roomed together in Gainesville. Rubio eventually enrolled in the University of Florida, from which he graduated with a Bachelors of Arts degree. He ultimately earned a law degree from the University of Miami. Rubio’s subsequent political career saw him meteorically rise from being a member of the Florida House of Representatives to Speaker of the House and ultimately to the U.S. Senate.

Rubio would have never seen such a charmed political career had it not been for his deep-pocketed political donor “sugar daddy,” billionaire Norman Braman. A former owner of the Philadelphia Eagles, Braman, a Miami resident, made his fortune from owning department stores, a pharmaceutical company, and a chain of high-end auto dealerships in Florida and Colorado that sold Bentleys, Bugattis, Porsches, Cadillacs, Rolls Royces, BMWs, and Mercedes. Rubio’s wife, Jeanette Dousdebes Rubio, a former Miami Dolphins cheerleader and the daughter of Colombian immigrants, is employed by the Braman Family Charitable Foundation. It is believed that Braman has pumped as much as $25 million into Rubio’s presidential campaign.

Not by a long shot.

It turns out that Angel Barrios went down a completely different career path than his politician buddy.

Barrios’s property investment firm, Barrios Investment Group, was involved with a business that produced gay black and Latino pornographic videos from a building located at 503 Northeast 27th Street, between Biscayne Boulevard and Biscayne Bay in Miami. The corporation name was Flava Works, Inc. and it operated a facility at the Northeast 27th Street address called Coco Dorm, alternately known as “Coco House.” Barrios’s business records were maintained at 2610 North Miami Avenue, a few blocks away from Braman BMW.

According to a 2010 court case in which Flava Works, DBA — do business as –“Cocodorm.com,” appealed in the Eleventh U.S. Circuit Court of Appeals a previous U.S. District Court for the Southern District of Miami decision that ruled that the City of Miami Code Enforcement Board was wrong in ordering closed Coco Dorm for zoning violations. The U.S. Appeals Court reversed the previous decision by U.S. Judge Marcia Cooke and found in favor of the City of Miami. Cooke, Florida’s first female African-American federal judge, was nominated in 2003 by George W. Bush in 2003. She previously served as chief inspector general for Florida Governor Jeb Bush.

“Flava Works, Inc. is a Florida corporation doing business as CocoDorm.com, which operates an internet-based website of the same name. The CocoDorm website transmits images, via webcam, of the residents of 503 Northeast 27th Street, Miami, Florida, over the internet. This residence, which is zoned multifamily high-density residential (R-4), is owned by Angel Barrios and leased to Flava Works, Inc. The persons residing at the 27th Street residence are independent contractors of Flava Works, and, in exchange for $1,200 per month plus free room and board, are expected to engage in sexual relations which are captured by the webcams located throughout the house. Individual subscribers pay Flava Works, through the CocoDorm website, for access to live or recorded video feeds, including sexually explicit conduct, from the webcams in the 27th Street residence.

Flava Works’s principal place of business, as designated with the Florida Secretary of State, is 2610 North Miami Avenue, where the accounting and financial aspects of the business are conducted. Flava Works holds city and county occupational licenses to operate a video and graphics business at this address. In addition to distributing digital content through the internet, Flava Works distributes physical media, such as videos and magazines, to locations around the world. The computer servers, which house the digital content and provide access to the CocoDorm website, are not located at either the 27th Street residence or the Miami Avenue office.

“Rumors are swirling around Capitol Hill and the Washington corporate media that a high heeled shoe is about to drop on the presidential campaign of Florida Republican Senator Marco Rubio. WMR has learned that the Rubio campaign is fretting about the disclosure of an affair between Rubio and a female Washington lobbyist, whose identity has not yet been revealed. The rumors of Rubio’s affair were leaked to the media by political operatives believed to have connections to the Jeb Bush campaign.

Rubio, who is married with four children, has been a champion of conservative family values.” Just as occurred with Barack Obama when stories about his gay past in Chicago first began bubbling to the surface in 2008, a story was “leaked” to the press about a 2004 Obama U.S. Senate campaign worker named Vera Baker. The insinuation was that Obama had an extramarital tryst with Baker during the 2004 campaign. The story had it that Michelle Obama fired Baker from the 2004 campaign and that Baker moved to Martinique in the Caribbean, never to be seen or heard from again. The upside for Obama is that the Baker affair diverted attention from his other “extracurricular” activities in the Chicago area that ranged from the Man’s Country bath house in north Chicago to the Purple Hotel in Lincolnwood. Just as Alice Wainwright Park in Miami drew older and wealthy men from the condos along Brickell Avenue and Biscayne Boulevard who were looking to hook up with young gay male tricks, Man’s Country served the same purpose for the older wealthy men living in condos along Chicago’s North Shore.

In the Vera Baker case and the Rubio lobbyist mistress story, the campaigns of Obama and Rubio sought to divert attention away from strong indications of the gay past of both politicians.

Flava Works and Coco Dorm are still in business and still streaming gay videos. They now operate from 833 SW 14th Avenue in Miami, across the street from the Cubaocho Museum and Performing Arts Center in Little Havana, an area rife with gay strip clubs and bars. The websites flavaworks.com and cocodorm.com contain extreme sexually explicit content that might even embarrass the Rubio campaign. The registrant and technical content contact is listed as Phillip Bleicher, at the 833 SW 14th Avenue address, but also with another contact address at P.O. BOX 2495 Chicago, Illinois 60690, reportedly a satellite office. In 2006, the Chicago Department of Public Health issued a report that claimed there was a high degree of cases of sexually-transmitted diseases, including HIV, among Flavaworks models, a charge that Flavaworks denied.

The zoning controversy about Flavaworks’s Miami “porn dorm” was featured in a 2006 Miami NBC 6 investigative story titled “The House Next Door.” The report resulted in neighbors filing a zoning complaint about the activities in the house. Had NBC 6 looked into the story further, it might have discovered that the owner of Flavaworks, Barrios, was a close friend of then-Florida State Representative Rubio, who, in just six months would become the youngest Speaker of the Florida House of Representatives. Whether or not that would have derailed Rubio’s political rise will never be known, however, it does point to the current under-staffing and outright absence of investigative journalism at not only the local level, but also statewide, nationally, and internationally.

While nothing that has surfaced to date suggests, beyond a reasonable doubt, that Rubio was once a gay Cuban caballero-for-hire in south Miami, the circumstantial links between Rubio, Barrios, and Barrios’s business activities, raise troubling questions about a person who wants to be the president of the United States and potential blackmail of the chief executive.

Rubio portrays himself as a loving husband and father of four children. 1952 and 1956 Democratic presidential candidate Adlai Stevenson, the governor of Illinois, also portrayed himself as a good husband and loving father of his three sons Adlai III, Borden, and John Fell. However, just prior to running for president in 1952, Stevenson’s wife, Ellen Borden, divorced the Democratic candidate. In 1956, Mrs. Borden, an heiress to a mining fortune, called this editor’s old friend George Fowler, then a reporter for the New York Daily News. Borden complained that the newspapers were not reporting on the homosexuality of the renominated Democratic presidential candidate, to which Fowler replied, “But Mrs. Borden, you and the governor are the parents of three lovely sons.” Borden then sighed, “My dear, any animal is able to procreate!”

So, for Senator Rubio, hiding behind a former cheerleader wife and four children does not constitute a free pass. 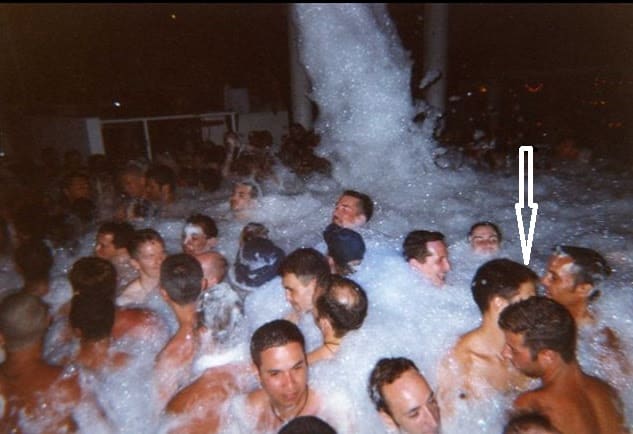 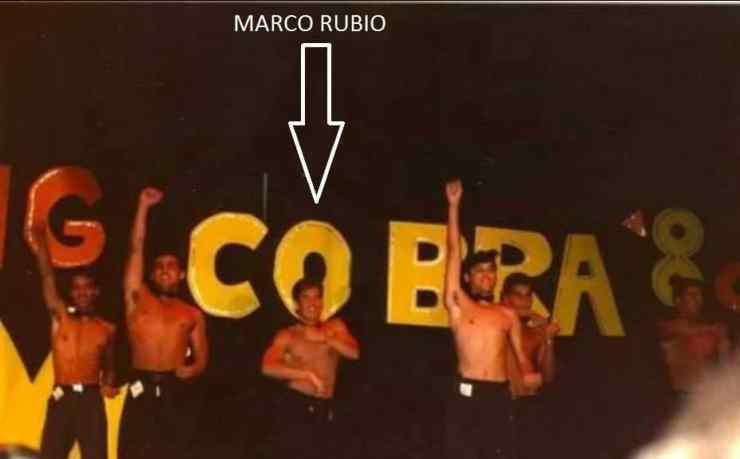 Does Marco Rubio Have The Same Gay Background Issues As Barack Obama?

Check Out The Truth Tale Music At These Locations Amazon